A Black man’s tale of racism in Hungary

This story is painful and sad but coming from Hungary, I’m not really surprised. The same Hungary that will lock out sick and hungry Syrian refugees!
A British/Zimbabwean photographer, who goes by the name @Dcmorr on instagram, took to his page this morning to share a heart breaking tale of racism in Hungary. Below is what he wrote;
Hungary is a deeply racist society. I have been here nine years and people insult me all the time. some one said to me on the Metro “Hey monkey, where are your bananas?”. I can cope with that. Just don’t touch me. I have a scar on my forehead, a skinhead came up to me with a bat and hit me on the head, to bash my brains out. As soon as i get my passport I am leaving.
I am happy I am alive. My brother was murdered in Vienna. Pushed under a train. They still haven’t caught the person that pushed him under the train. There are cameras everywhere. If a dog was killed they would have caught the
person. I spent two months there, all my money went . They would not even let me see his body. I said you cannot bury him and finally they let me see the body. My brother, same father, same mother. What can I tell my family?

Ridiculous India: Where women can be raped for offences of another family member 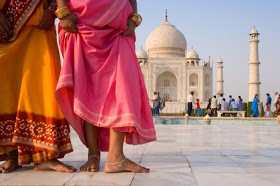 I find this story made public by Amnesty International very disheartening and horrific! For one, it is a violation of the most basic human rights but also, it is crude, brutish and unfair. Unfair is a little light; I think ‘evil’ explains it better!
Two sisters have been sentenced to be raped as punishment after their
brother ran off with a married woman. An unelected all-male village council (these so-called unelected male councils are popular in India and continue to make these kinds of horrible judgements) in India also ordered that 23-year-old Meenakshi Kumari and her 15-year-old sister are paraded naked with blackened faces.
The horrific order was revealed by Amnesty International which said the sisters and their family have fled their village in the Baghpat district, just outside of Delhi.
According to news site Zee Media, the sisters’ brother Ravi fell in love with a girl from the Jat caste, a higher social caste than Ravi and his family, who are Dalit, once known as the ‘untouchables’, who are at the bottom of India’s caste system. (Really!!, so in this modern day and era, in the 21st century, we still have things like caste system and people deemed ‘untouchables’. The painful thing about this is that people vow to maintain this as ‘tradition’ that even civilization cannot take away from them’)
The Jat woman’s family married her off to someone else in February but she later escaped and eloped with Ravi in March.
As punishment, on July 31 a village council decided Ravi’s sisters should be raped to avenge his actions.
Since the family fled their village their home has been ransacked.
This story is just sad and it further underlies  the fact that not only these girls undergoes this kind of ordeal. It is almost a normal thing in many villages in India. The Indian Government should make sure they so something to stop these incessant human right abuses on their soil.

EMIR OF KANO SPEAKS OUT AGAINST CHILD MARRIAGE

The former Central Bank Governor and the current Emir of Kano has recently condemned child marriage which is actually prevalent in his Muslim North. He also talked about factors that he thinks are contributing to the advancement of Boko Haram.
The Emir of Kano Sanusi II said that  forceful marriage of young girls as
well as the exposure of youths to social media and the internet is to a large extent responsible for the increased rate of youths joining the insurgency group, Boko Haram. The Emir said this while delivering his lecture at the 10th Annual Ramadan Lecture organized by Voice of Nigeria (VON), NTA and FRCN in Kaduna on July 4.
I commend and support the Emir for making this very important observation but I must add that even leaving out the fact of Boko Haram, forced marriage itself is a huge disregard and abuse of human rights. It is actually sad that in Nigeria, the Senate wants to legalize marriage of underage girls. This of course is due to the fact that the Senate has a Northern majority, a place where child marriage is very common.

His exact words were:
“Are we still living in the era which father can force their daughters into marriage without their permission? Yes we are. Early marriage, yes we are in Nigeria. And it is hurting and destroying our society. We are the ones to address these social issues because they are problems. And you know from taking her out of school and forcing her into marriage without education result to having a child from her who does not have a mother that can give the child proper training.
That is a child that gets on drugs, Indian hemp or joins Boko Haram. All these things are connected. We have to face these challenges. Information technology and emergence of internet and social media, today youth go on the computer and they learn Islam from Facebook and twitter.
They learn Islam from videos, they watch on Facebook and after 14 to 15 hours watching new things, they need to become jihadists. They get up and go to Iraq or Syria or somewhere and join the group. And there are no controls.
Right inside your house, your son can be sitting upstairs in the bedroom getting indoctrinated into becoming an extremist without your knowledge. We need to watch what our children watch. And we need to talk to them. If we do not give them the correct Islamic education, they will find the wrong education on the internet”

Like many other big companies in the US, Twitter has a very low number of Black and Hispanic workers. Twitter is said to have only has 49 black employees out of 2,910 staff members in America. The 35 men and 14 women account for just 1.7 % of the Twitter’s US operation, which is 93.8% white or Asian. This is despite the fact that the company’s senior executives promised to boost their number of African American staff from 2% last year.
Popular civil rights leader, Rev Jesse Jackson has slammed the company after the release of the compulsory Equal Employment Opportunity (EEO) report saying that people are ‘becoming intolerant’ of the lack of progress.
He said:
‘Black people are greater users of the product and capable of doing the jobs, but there has not been an adequate commitment to hire, train and maintain black people,’ the civil rights leader said.
The number of Hispanic employees also fails to reflect the proportion of Latino users, and of America’s Latino population.
27% of black adults use the site, and 25 % of Latinos, compared to 21 % of white users, according to the  Pew Research Center.
The Rev Jesse Jackson, president of the Rainbow/Push Coalition, who has long campaigned for tech companies to be more transparent about their lack of minority employees, told the Guardian that black people are “becoming intolerant” of Facebook and other Silicon Valley companies’ lack of progress in making their offices more diverse.
The stark lack of black employees comes despite the company’s repeated pledges to make its staff better reflect the diversity of its 302 million users.  This employment discrimination is more annoying because Twitter actively exploits its large number of minority users to bring in more advertising revenue.
Rev. Jesse Jackson said that at the moment, Twitter is benefitting from black people’s love of its medium, which often leads to black
issues trending worldwide – without paying enough back to the community. “They hire people they know, they trust and like,” Jackson said. “We’re not in that the circle.”
“It appears that the tech companies seem to treat it as a public relations issue rather than addressing the actual
problem. African Americans use social media more than others, the corporations continue to build and profit from that, so it is especially problematic that they do not have an
employee base that in any way reflects its users. They have really failed on this.”
Rev Jackson slammed Google when figures released last month revealed black people account for just 2 per cent of the tech giant’s workforce.

Photo of the day: Save our children!

I found this very touching picture, reportedly taken in Indonesia and my heart became very heavy.
Life isn’t fair and all fingers are definitely not equal.
This is the point where we who are concerned about issues like humanity, charity, social equality and justice are meant to come in.
It would be a great disservice to humanity if we sit back and fold our arms when we encounter situations like this.
Children deprived of education are being deprived of information and as the saying goes, “information is power”.
If we are serious about breaking the vicious cycle of poverty in our world today, we must ensure that our children get good education.
Governments should ensure free education for all children at least up to high school level but when they can’t do this either due to genuine lack of fund or extreme corruption as currently plagues the African continent, we must step in an ensure that every child gets an education.
You can help!
Please help a child get an education.
Donate to Save the children, a charity organization dedicated to making sure children around the world get a good education.

This entry was posted in Social Issues, The Vulnerable and tagged Children, education, photo, Save the children.